If you have ever been fantasised by those large dinosaurs in the thrilling movie Jurassic Park then it is time to celebrate because they are coming back to you in Jurassic World slot free play. You can now login anytime to have the exciting experience with Jurassic World which is launched by Microgaming. Along with a thrilling theme, it also has some creative bonuses which will let you have an endless fun.

Jurassic World slot free play has all of those deadly dinosaurs

It has five reels and three rows along with 243 ways to win. The reels are skillfully designed in some sort of a futuristic style giving it a metallic shine. The background is made of a park-like structure just which is also inspired by the movie.

The best feature, however, which makes it a lovable slot machine is that it plays small clips and music from the movie to make it more happening.

Its logo is the wild symbol and a mosquito in amber are the scatter symbol. 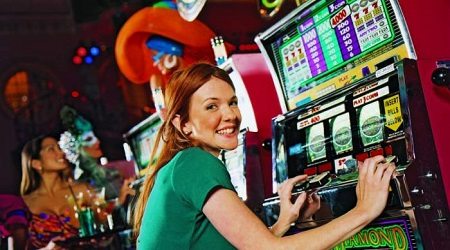 Multiple bonuses are offered here in Jurassic World slot free play. First one is the Wild scatters. You can be the trigger if you will landing two scatter symbols in one spin. Both of your symbols will become wild and will award you some extra wilds.

Indominus Rex is another feature on this slot machine. You will notice a giant creature appearing periodically in small intervals during your base game. It is capable of multiplying your wins up to 1000x.

Also, if you will be able to land three or more amber symbols then an extra free spin feature will be triggered. First free spins the Gyrosphere Valley. It will pay you 10 spins and a multiplier which will increase on every given non-winning spin and will terminate after a win. Creation Lab comes as the second feature. It can award you 10 spins with some winning symbols. Such symbols disappear in some time allowing you to create extra wins. Raptor Den is the last feature and will give you 10 free spins with scatter symbols which will become wild.

This Jurassic world slot free play will provide you with a huge range of action on the reels to have some great fun. No matter how much deadly these dinosaurs may appear to you, they are good enough to pay you some good wins.